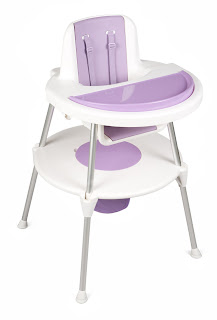 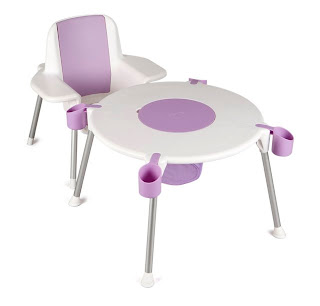 Babies are difficult little people to please. Love it or hate it; they seem to have an opinion on most things. All be it a non-verbal one.

The things I have to put up with if my baby doesn't like something at 10 months:
When you have a million and one things that need doing (what mother doesn't?), the last thing you need is your baby throwing a tantrum. If my baby decides he doesn't like something, it is literally a nightmare. At the moment he seems to hate going in his pushchair. So he arches his back, which is really dangerous as last week he nearly slipped through the safety bar on the front of the pushchair. I've discovered a trick now and that is to distract him whilst putting him in the pushchair. Because of the fact that he seems such an opinionated little fellow (hope he grows out of this), you can be sure to get a trustworthy verdict on any item. He especially LIKES remote controls and telephones. He especially HATES the pushchair, getting dressed or a particular baby food brand. 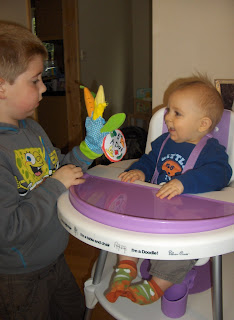 So to get a true reaction from him on the highchair, I had to give him at least a few weeks adjustment. A positive response would be unfair if it was only based on novelty value. There's no denying the fact that Silver Cross is a premium brand, but would this particular design live up to its glorious brand name?

We set about building the highchair. Husband did this and did it well. It only took him about 20 minutes and the instructions that came with the highchair were very clear. Amazingly, no parts mysteriously disappeared, which is usually what happens when my husband sets about making something.

Highchair built, my initial reaction was that the highchair was much wider than what I had expected. I'm the type of person that doesn't go with measurements but just assesses something by eye. It was apparent that this highchair took up a lot more space than our previous highchair. But aside from this the highchair seemed to transform our dining room into an ultra-modern designer baby habitat. The design looked like it had just come out of the latest designer home magazine and this instantly won me over. Having recently renovated our house, our house is a bit of a blank canvas. So it was wonderful to be able to swirl a dash of colour in to the neutral colour scheme and make it a fresh and funky environment.

A few weeks went by and it was then that I was able to make a non-biased judgement of Baby's opinion. Whilst he wasn't over the moon with being placed in something that required him to curtail his latest obsession for crawling like a lunatic, he didn't throw tantrums like he did in his old highchair. He didn't act like a slippery eel trying to get out of a fishing net. He seemed to enjoy the brightness of the highchair and fiddling with the tray. The crayon cups that come with the play table part of the highchair made excellent toys and didn't matter how many times they were dropped. He also looked much comfier than our old one.

This highchair is certainly a winner in the field of cleanliness. Because of the fact that it is made of durable plastic, it is much easier to clean than porous wood. There are no nasty folds in the design either. So there is no chance of finding an accrued pile of deteriorating baby food down the sides. In fact, the design even has a removable tray so that you can take it off and wash properly.

I had three problems with this highchair; one being that the grips on the base of the legs made it difficult to move this highchair around. Secondly, because the legs protruded outwards, I found myself tripping over the legs. Thirdly, because the highchair was so bulky, it didn't allow Baby Craftiness to get close enough to the table to interact with the family. If the folks at Silver Cross read this, it would be great if you could somehow rectify these problems.

And yet, the advantages of this highchair did outweigh the negatives. The fact that it was so easy to clean was very reassuring for a hygiene neurotic like me. Majorly influencing my decision is the fact that this highchair won't be cast away when Baby no longer requires a highchair. This will then transform in seconds to the play table and chairs complete with crayon cups and toy holders. How fantastic is that?

Overall, I am very impressed with the highchair.

You can buy the highchair from Silver Cross

UPDATE- If you buy the highchair at the moment, there is an offer so that the highchair only costs you £100. Massive saving of £50!
Posted by Sarah Cooper at 01:47