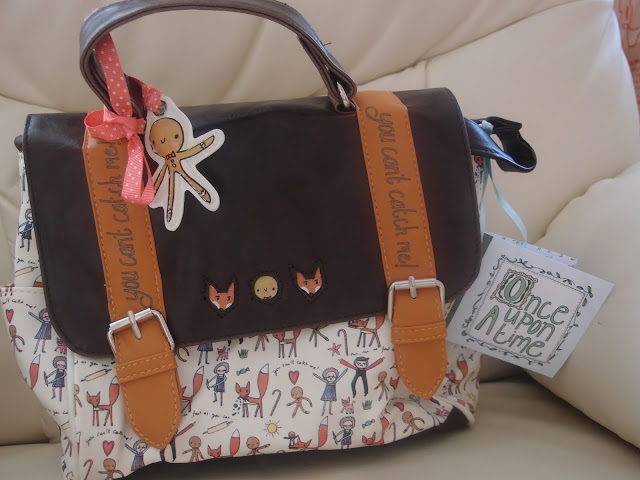 I was recently over the moon to have won a £25 voucher to spend with Totally-Funky.co.uk in connection with We're Going On An Adventure blog.  I love this blog because it always offers great ideas for days out, interesting posts on motherhood, reviews and competitions.  So when I found I had won the voucher I had great fun trawling the Totally Funky website deciding on the best way to spend my £25. I'd never heard of Totally-Funky.co.uk before this competition and now I had been on their website I was spoilt for choice.  Umming and ahhing over Pacman lights and Batman ducks, I finally settled on a really unusual satchel/handbag.  The bag actually retailed at £39.99 which meant I had to spend an extra £15 as I had gone over my voucher limit, but when the bag arrived I was so pleased with it that I decided the best way to express my delight would be to write a blog post.

The bag comes from the 'Once Upon A Time' range from Disaster Designs and is one of a few bags which are based on fairy tales; others being Snow White, Hansel and Gretel and Red Riding Hood.  The quirky illustrations were what made me fall head over heels for this bag, and the fact that it allows us grown-ups to retain a little bit of magic from childhood with this modern twist.

Although the bag  looks like it does up through the use of the clasps, it is actually much easier to get in to the bag by a metallic clasp hidden on the underside of the flap of the bag.   There's so much attention to detail too; with the bows, embroidery,  and two Gingerbread Man zip attachments. 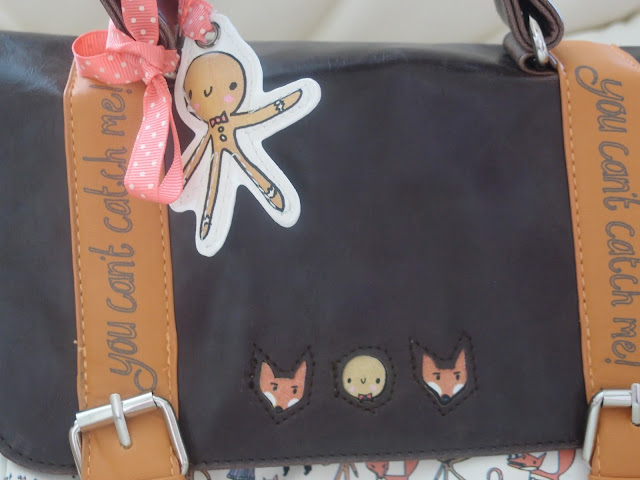 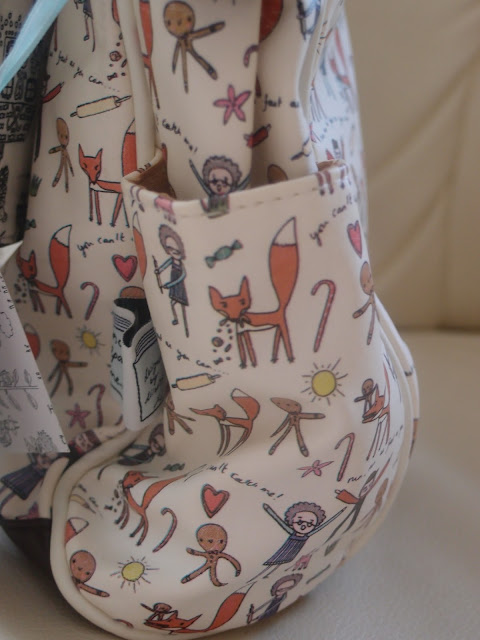 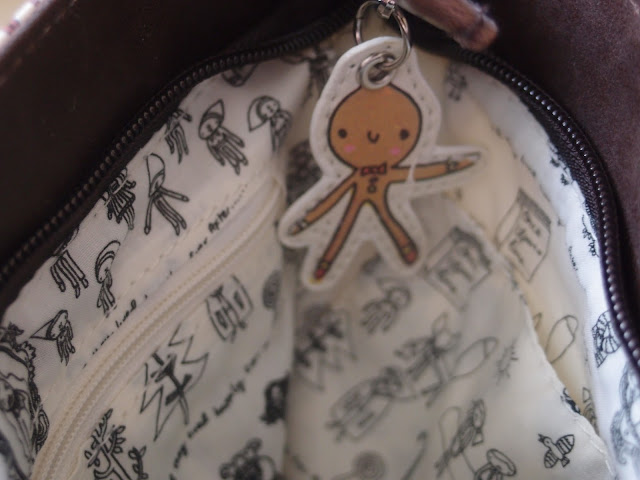 It's easy to remain organised with this bag too as there are outer pockets on either side of the bag, and a zipped compartment and two pouches inside the bag.  The bag opens up impressively wide to be able to store all your bits and bobs. 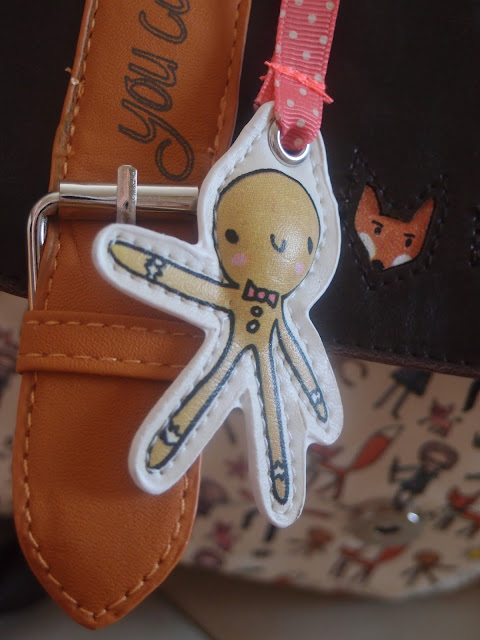 With so much attention to detail, I'll certainly be living "happily ever after" with this bag.  And I will definitely be purchasing more in the range.

Thank you so much to Going On An Adventure blog and TotallyFunky.co.uk
Posted by Sarah Cooper at 06:26 No comments:

This month I am taking part in the Ocean Finance's 'Holiday Heaven or Hell' blogger competition. I think it's highly apt that our 'Holiday Heaven' almost seemed like we had our own private ocean.... 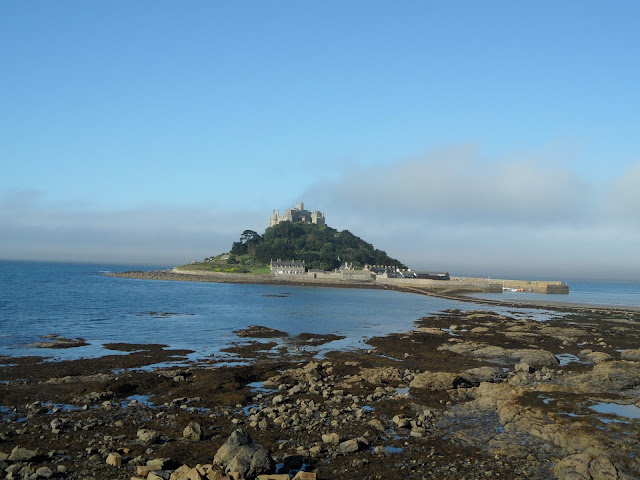 Captain’s House managed to encompass everything you could possibly want from a holiday home and so much more.   Our time there was unforgettable and here’s why.....


We encountered every magical moment possible at Captain’s House in the coastal town of Marazion, Cornwall.  Walking in to the house we were instantly dumbfounded as it was even better than what it appeared in the brochure (which was a hard feat as it looked fantastic in that). Nothing disappointed!

We were met with massive sumptuous rooms with each individual room offering views to die for of St Michael’s Mount.  The aspect of beauty in every single room was simply breathtaking from domed lampshades to a beautiful giant dressing room.  Subtle colours used throughout emphasised the massive amount of airy space and recliners and sofas added to the ambient atmosphere.  Accompany this with the many outstanding home comforts such as a dedicated children’s room with a 65 inch TV, home cinema system and comfy beanbags, a spa bath, a sun terrace where you could eat your food looking straight across to the island and we quite simply thought we were in heaven.

Further to the beauty of the house, we were catered for with a wonderful hamper containing such luxuries as strawberries, scones, wine, clotted cream and much more.  Every aspect of our lives was covered by them; there was nothing we wanted for.  The first thing I did when I woke up the next morning was to blink my eyes to ensure the vast white room around me (which was like something out of a movie)and island was still there, because I wanted to ensure that I  wasn't dreaming.  Never before had I encountered this feeling when on holiday.

The house was big, warm, luxurious and simply perfect.  You could feast your eyes on nature and hear the tranquil sounds of the waves lapping up against the pebbles.  So powerful was the environment that it felt healing somehow.  And with the sun that shone in from every window and the sea air I am positive that it was!  I left the Captains house feeling totally revived, even if we did feel quite sad at the prospect of leaving.  When we came home we really, really missed it.  It was the nearest thing to being in paradise for us.  If the weather was bad then that just added to the mystique of the island.  And if the sun shone then it enhanced the beauty of the beautiful blue sea.


What was fantastic about the situation of the house was the fact that you didn’t need to travel for miles to go to local attractions.  We were separated from the beach only by a garden wall and it was like having a beach for a garden.  We spent one sunny blissful day on the beach building sandcastles with our two boys.  I read somewhere that the beach overlooking St Michael's Mount is one of the best in the UK for building sandcastles and that was really true as the sandcastles came out of the bucket with the details of windows and doors which I have never seen happen before.  We also made a boat trip over to St Michael’s Mount and after going up to the castle we enjoyed a Cornish pasty looking over the sea, which was an experience we will never ever forget.  It was also very interesting to encounter the community spirit of the villagers. 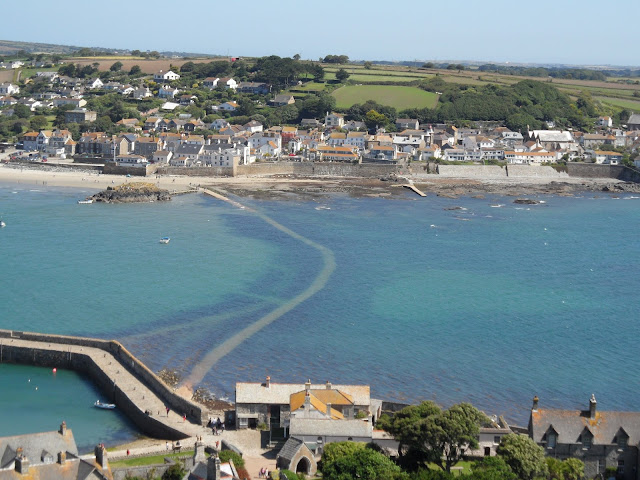 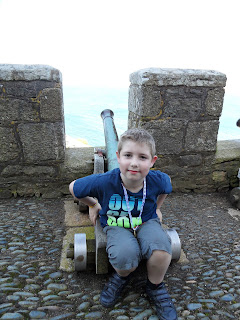 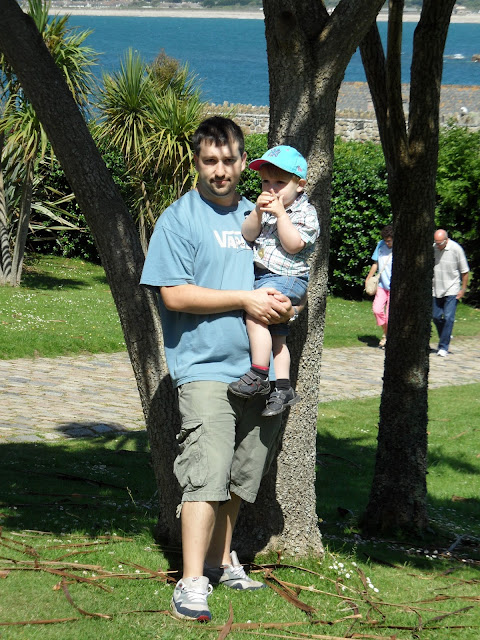 We were told that a regular visitor to the island was a seal.  Alas, we didn’t see the seal but we did get our own taste of nature when my husband felt something hit him hard on the back. My husband turned around ready to scold my son thinking that he must have thrown something at him before he realised the bird had pooed on him.  We were weak with laughter as he complained how much it hurt!  I guess the seagulls wanted to get their own back on us for abiding by the sign that told us not to feed them!

It’s hard to say what was my favourite bit about the Captain’s house but I will say the Master bedroom in the Captain’s House was out of this world.  With the massive windows we were able to observe the daily routines of the island, the soothing presence of the sea and an island which would from time to time disappear in to the mist.   It’s hard to imagine that you could gain much more from a holiday home but team the views with the lavish rooms and you truly have perfection.  Captain’s House has given us so many precious memories of family time at a truly unique place! If you want to feel like a queen of a castle with a magical island in your garden then Captains House is most certainly the place for you.  This was most definitely my Holiday Heaven!

For more details on the Ocean Finance competition please visit https://www.oceanfinance.co.uk/blog/holiday-heaven-or-hell-blogger-competition-0-4484-0.htm
Posted by Sarah Cooper at 14:40 No comments: